The Patron saint of Ireland.

Of all the Saints the British Isles St Patrick’s day is by far the most widely celebrated even if you’re not Irish. Thanks to the Irish diaspora, the culture of the country has spread throughout the world. In addition the fun that the celebrations bring is something that some we can all share in. Sending or receiving St Patricks Day Gifts is one of the best ways of doing that. What is the tale of this famous and well known Saint. 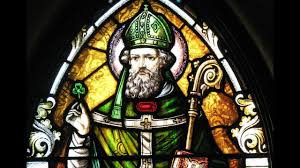 Patrick is not originally from Ireland. He is actually a Romano-Britain living in the West country. He lived on the coast and one day suddenly found himself pursued and captured by the wild Gaels that lived on the other side of the water. He was taken to Ireland and prepared for a life of slavery. He spent many years in Ireland learning the language and getting to know the people before he perfected an escape.

He returned to the Mainland and reunited with his family. He then entered religious orders as he had originally planned. However, fate was to draw him back to the emerald isles via a request from the Pope. His experience in the country made him perfect for the role. He agreed, keen to see the place again and using he shamrock to the explain the holy trinity and the miracle of the banishment of snakes he soon had the Gaels converted over to Christianlty.