What to do with all the cotton after the War 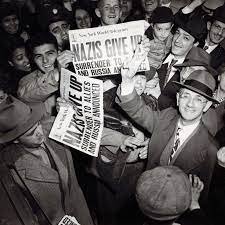 After the second world war there was a surplus of cotton. It wasn’t in its raw form as you would expect. It was mainly in the colours of khaki and light brown. The reason for this is that most of it had been used to create uniforms for the troops to fight in. Now that the world was over there was a huge surplus of clothing. Although many could see the end of the war coming it’s actual end date was something of mystery. It really rather depended on when the Germans would capitulate. When the end came, manufacturers suddenly found that the orders from the Allied Governments were abruptly stopped. They were left with quite a lot of product. What could they do with it all? 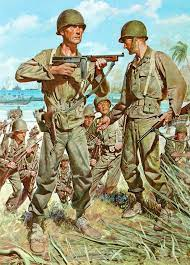 One of those companies left in the lurch was Farah Menswear. Before the war Farah had been the creator and supplier of blue colour workwear. They have been pretty successful at it In fact their shirts were seen, as with now, and being a very durable and reliable fit. When war came they were easily able to convert over the factory to the production of military shirts for the US Army. One side advantage was that they also looked pretty stylish. This made the American boys’ job of winning hearts and minds whilst stationed in Britain and France that much easier compared to the functional and formal garb of their British counterparts.

So Farah had an answer. Sell them and formal and informal shirts to men. Many still wanted the army colours but now they could swap them for jeans and casual chinos. The company was reborn. You can see for yourself at Louis Boyd.