Many people enjoy collecting things as a hobby – it is something that can be enjoyed by pretty much anyone – from dolls to stamps, there are lots of interesting things to collect. Coins are up there with the most popular – currency has a long and fascinating history and is such a detailed subject to research.

It may be that you just happen across an old looking coin whilst digging up the garden or walking in the woods, or you might go out and try to find one – if you do come across a coin that you think is old and you are unsure of its value it is a good idea to take it to someone like these coin valuers UK based GM Coins to find out more about it. 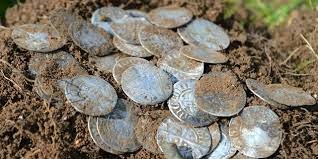 The Canadian 1 Million Dollar Coin – This was released in 2007, measures 50cm and is made of nearly 100% pure gold. Only a handful of people have purchased them, which is little wonder given their price tag!

The 1933 Penny – This is one of the most famous rare coins as records note that only 6 were ever made that year, although it has been suggested that there is one other in existence. Three were put under the foundations of building and three more were sold to private collections.

Edward VIII Coins – Because Edward VIII was only king for a short time before abdicating, there were no coins released into circulation with his likeness on them, but there were some made as patterns.